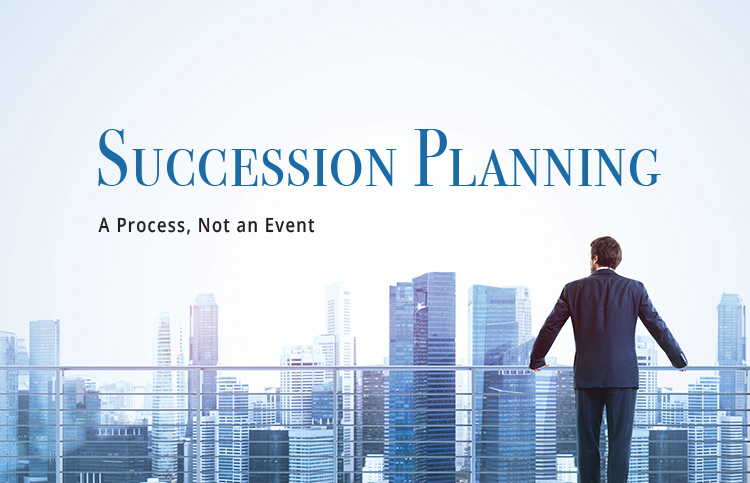 You might be thinking, what does this have anything to do with Succession Planning? Everything!

When I worked within the government sector, we created a succession planning program within our agency after many months of trying to figure out how to do it. Just bringing up the topic made people uncomfortable because of how challenging it can be within the government. Although challenging, I think they were missing the point.

As a leader, I believe you should always be preparing for your replacement. It doesn’t mean it’s going to happen right away, but it does mean you’re creating the type of leader your organization will need when the time does come to replace you. You do this by adding value and opportunities for their future growth and success by showing them the way.

In the 21 Irrefutable Laws of Leadership by John C. Maxwell, the Law of Legacy says, “A leader’s lasting value is measured by succession. In other words, your legacy is really only achieved if it continues after you’re gone.

As a leader, you know the way and have gone the way yourself. Otherwise, you wouldn’t be in the position you’re in. But showing the way to others, this is what your legacy will say about you after you left.

To live out this law, there are four disciplines to develop your leadership legacy.

Know the legacy you want to leave.
It’s your legacy, you get to decide what it is. When you move on, are you leaving your organization in a better state than when you started? What do you want to be remembered by? What will others say about you after you left?

Live the legacy you want to leave.
Living the legacy you want to leave is about consistently being intentional. You can’t just have good intentions about it; you have to be intentional on a daily basis. I learned a long time ago, people do what people see. Combined with influence, you can do much more than teach what you know; you can reproduce the kind of leader you are. If you’re going to grow others, you have to be intentional.

Choose who will carry on your legacy.

Who are you adding value to? Are you mentoring others and create opportunities for them to learn, make mistakes and grow. Are you teaching others the difference between good intentions and being intentional? When given the opportunity to lead, I believe you should always be looking for those to mentor.

Make sure you pass the baton.

This can be the hardest part for leaders to give up but when it’s time, it’s time. If you’ve done your job as a leader, you should feel confident knowing you created the leaders who will continue to be the kind of leader your organization needs to thrive and continue to succeed.

In my Coast Guard career, I’ve have some leaders who’ve added tremendous amounts of value to my success and growth as a leader and some leaders who simply liked the title of leader. Still I wouldn’t be who I am today because of them or what they taught me. But there was one leader in particular that started preparing the future leaders of the Coast Guard long before he had ever planned on retiring. If you were to ever say his name amongst those he lead, I can guarantee they would all agree that lived the law of legacy. He probably started adding value to others by his example early in his career because someone left their legacy on him. When I was a young petty officer, he pulled me into his office once and showed me how the Commanding Officer made his decisions and what he looked for. He was consistently intentional about making opportunities for those under his influence to learn, grow and develop. Most of the time, he did this without any title, position or even wanting any recognition. He did this because he knew that leadership wasn’t a title or position, it was influence. This leader demonstrated these four disciplines so much so that when he retired from the service, he had created a following of his mentees throughout the service who were all now in leadership positions carrying on the legacy he started.

The Law of Diminishing Intent – just do it
2016 Review